Here in the United States, squid and octopus are not very popular food items. In fact, they are commonly thought of as fish bait. Fried calamari is a popular appetizer but people rarely venture beyond it. I can definitely say that squid and octopus are more popular in Europe and Asia and there are many ways of cooking it other than fried.

Squid, Calamari and Octopus – Which is which?

Squid and calamari look very much alike but squid is cheaper and tougher. Calamari has a more tender flesh and is more expensive. Calamari is a type of squid,

This is a squid. Calamari looks very much like this. It has a triangular head and eight arms. Squids/calamari have a flexible backbone called a pen which has to be removed before cooking. It looks like a thin plastic pen, it really does. 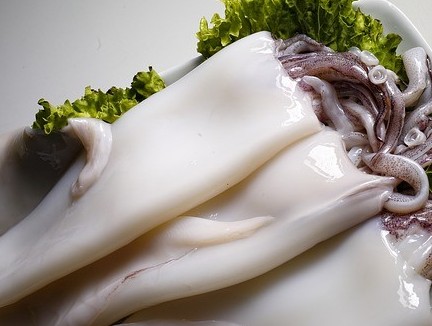 This is an octopus. It has a round head and eight arms with suckers. They do not have any stiff shell or bone in their body, 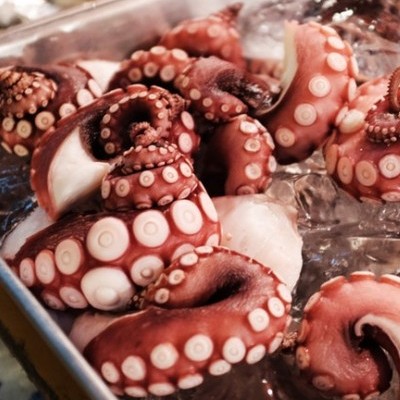 How to Cook Grilled Squid

This is a very simple grilled squid recipe. There is another variation below which is stuffed. This basic grilled squid or octopus is how we enjoyed it on a recent trip to Greece. It will be very good if you can get fresh squid. Asian food stores usually have this in the fresh fish section. If not, you can also try flash frozen squid and thaw it before cooking,

Here is a short video on how to clean squid. 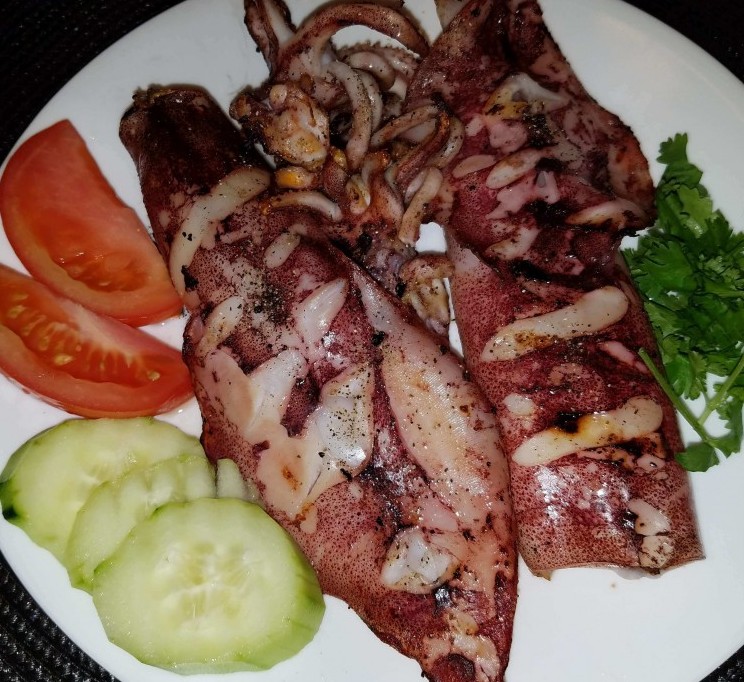 This is best eaten fresh from the grill. You can serve it with a side salad of cucumbers, tomatoes and salad greens dressed with vinaigrette and olive oil to be consistent with the Greek theme. If preferred, you can have a dipping sauce of vinegar and crushed garlic for a more Filipino style.

It can be eaten with rice or with other whole grains like quinoa, bulgur or farro, Garlic bread or bruschetta toast are also good side dishes with this.

Filipino Grilled stuffed squid: Marinate squid in vinegar, soy sauce, minced garlic and ginger. Dice tomatoes and onions and stuff the body of the squid. Grill on hot coals for 4 minutes each side, Serve with vinegar and garlic dipping sauce.

Filipino Adobong pusit – squid stewed in vinegar, soy sauce, garlic and peppercorns. Similar to the way we cook Filipino Chicken adobo. For this dish, save the squid ink. Saute garlic and onion and add the squid, squid ink and 1/2 cup water and peppercorn, Simmer for 3 minutes until squid is cooked through, Add 2 tbsp soy sauce, 3 tbsp vinegar and simmer for 5 minutes until sauce is not runny.

Seafood Paella – Spanish rice dish cooked with seafood and seasoned with saffron. Click on the link for the recipe. 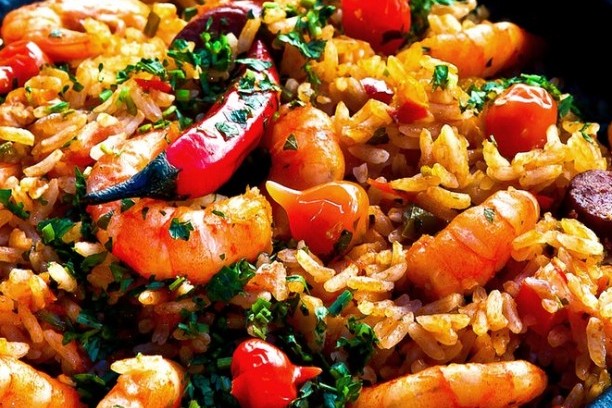 Pasta with squid ink sauce – This is an Italian recipe but it is also made in the Philippines. For this recipe, save the ink sacs and put the ink in a small bowl. Saute garlic, parsley, ground pepper and squid rings for 2 minutes, Mix 3 tbsp tomato sauce with 1/2 cup white wine and add to the pot. Let the wine evaporate a little and add diced tomatoes. Cook on low heat for 20 minutes more. Mix squid ink with 2 tbsp hot water and mix to the sauce, Season with salt and pepper and toss with cooked linguine or spaghetti until pasta is evenly coated. This black pasta on a white plate garnished with vegetables looks and tastes so good,

Squid Ceviche – (Ceviche de Calamar) if you are feeling adventurous, citrus marinated squid is very good. It is mandatory that the squid or octopus is fresh. Use lots of fresh lime juice, fresh grapefruit or orange juice, sliced red onions, and if preferred, sliced red-hot chilies. Marinate at least 2 hours or even better, overnight. Serve with chopped up cilantro.

My Best Memories of Squid/Calamari

In the Philippines, squid is commonly grilled. In fact, one popular restaurant I know has it as its specialty. The restaurant is called Gerry’s Grill and it has branches here in the US as well, in California and Las Vegas and Houston. They serve it on a sizzling plate with rice and pickled papaya and it is very tasty.

On a trip to Venice, I ordered squid ink pasta from an alley restaurant and it is one of the most delicious things I have ever tasted. Simple, fresh ingredients make all the difference.

On another summer trip, we went to Greece and grilled squid as I described above is available in almost all restaurants. It was a fine dining experience eating grilled squid on seaside restaurants in Mykonos and Paros while people-watching. Served with sweet tomatoes and fresh cucumbers, it seemed like there is nothing better.

But you do not have to go to Europe or Asia to enjoy these e dishes. You can try making them yourself with the recipes I listed above.

What do You Think?

Do you think you will try these squid and calamari recipes that I have listed? You will likely be pushing your boundaries and going beyond your comfort zone but I assure you, you will not regret it. In the absence of fresh squid or calamari, flash frozen squid can also be used. If all else fails, go to a Greek, Spanish, Italian or Filipino restaurant and try the squid offerings (but NOT the fried calamari, try something else). Your world will be a little bigger.