The week before this post, I asked Jedd, my younger son, what he wanted for dinner. He answered ‘clam chowder soup’. It was a great answer because it is December and even in Houston, it is cold in the mornings and evenings. Perfect nights for clam chowder soup.

I researched the recipe, made changes to tailor to our preferences and what ingredients are available and proceeded to add it to our grocery list. When my older son saw me unpacking the ingredients, he asked what it was for and when I told him, he said he wanted to make it. This was getting better and better!

For the recipe, I picked one that uses canned clams. I am giving the option to use fresh clams.  In my case,  I just did not want the pressure of having to look for fresh clams and cooking it right away. The canned clams version turned out delicious. 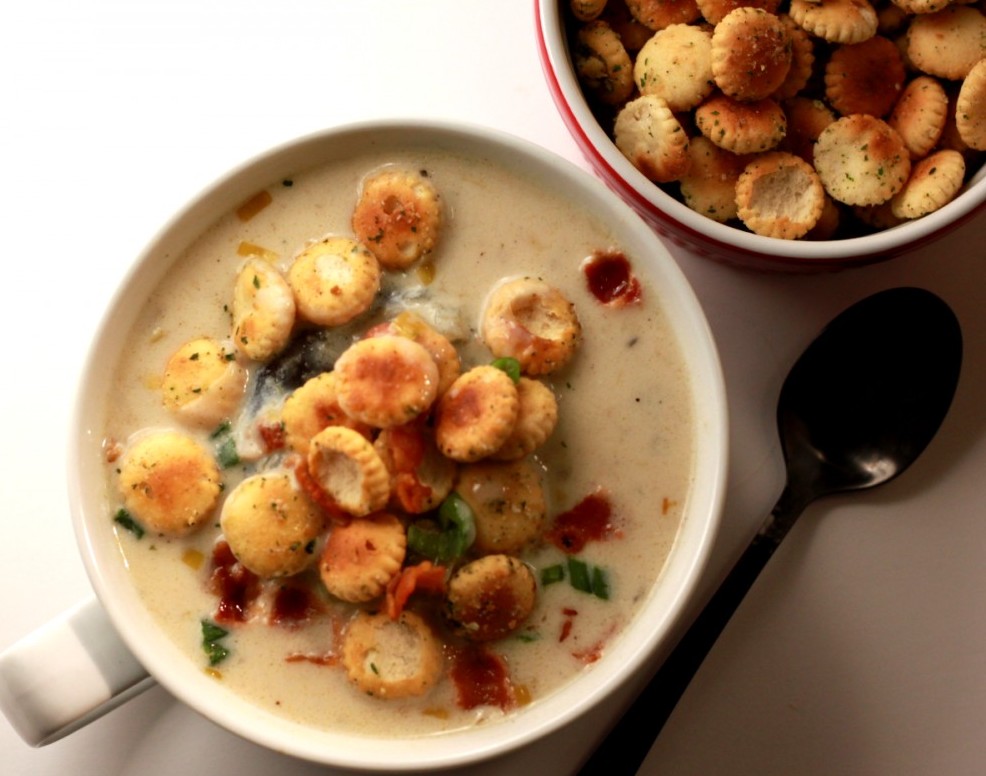 To make it a little more filling for dinner, we served it with oyster crackers that have been flavored with ranch dressing and baked in the oven. My son made crispy, crumbled bacon and I diced up green onions to add more color and flavor. Parsley can also be used if you prefer. It turned out perfect and even my husband who does not like seafood ate it for lunch the next day and liked it.

New England clam chowder (also known as Boston Clam Chowder) is creamy soup due to the use of milk or cream, which gives it that recognizable white color. It's thick and made with clams, potatoes, onions, leeks, celery and at times includes salt pork.​

Note: the oyster crackers can be baked while the soup is simmering in order to save time. 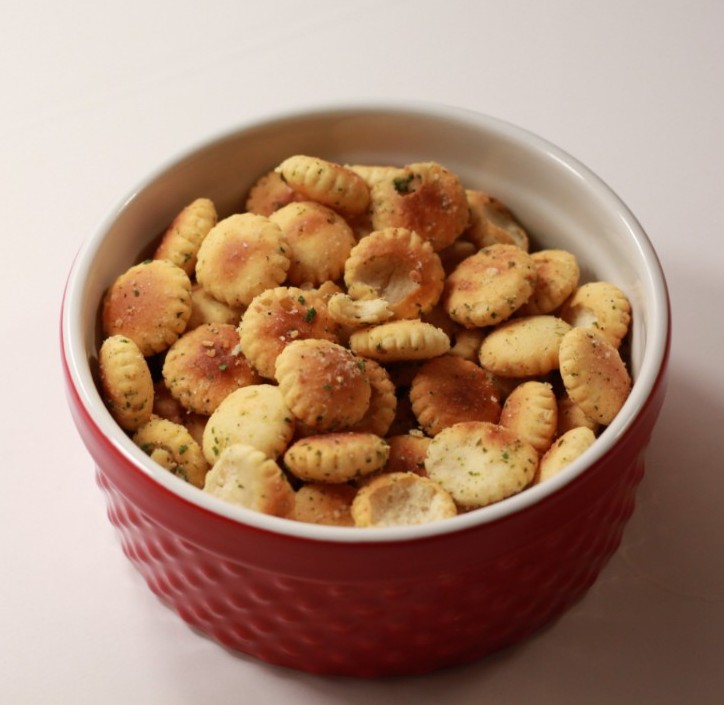 If desired, you can also serve them in bread bowls. 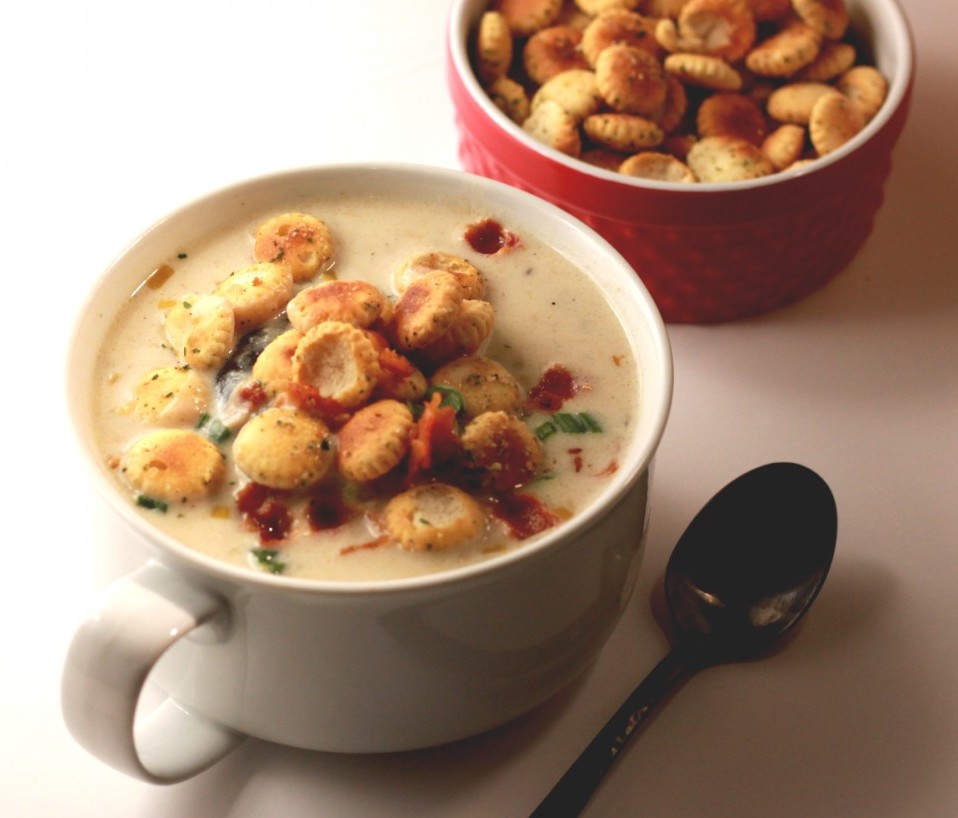 It is believed that the New England style of chowder was introduced to the region by French, Nova Scotian, or British settlers and became a common dish in the area by the 1700s. The soup continued to gain popularity throughout the years and was being served in Boston at Ye Olde Union Oyster House (the oldest continuously operating restaurant in the country) by 1836.

Manhattan clam chowder is most often recognized by its red color, coming from the use of tomatoes and tomato paste. The broth is much thinner than the thick New England version,  also includes potatoes and in most places, boast a variety of vegetables like carrots, celery, onion, and garlic for added flavor.

Then there is the other kind of clam chowder which is made from clear broth of clam juice. This is less common and I have not actually seen or tried this. Needless to say, clam chowder is a well-loved soup here in the US and different states have their own version of it. I hope you enjoy this version that I presented here and let me know how it turns out. Cheers!